Seed to Cup
Home
our coffee: from Seed to cup
learn about odyssey
shop coffee
Read the blog
get in touch
follow us
FARMS
PRODUCTION
MILLING
EXPORT
ROASTING
Quality Assurance
Back to Home 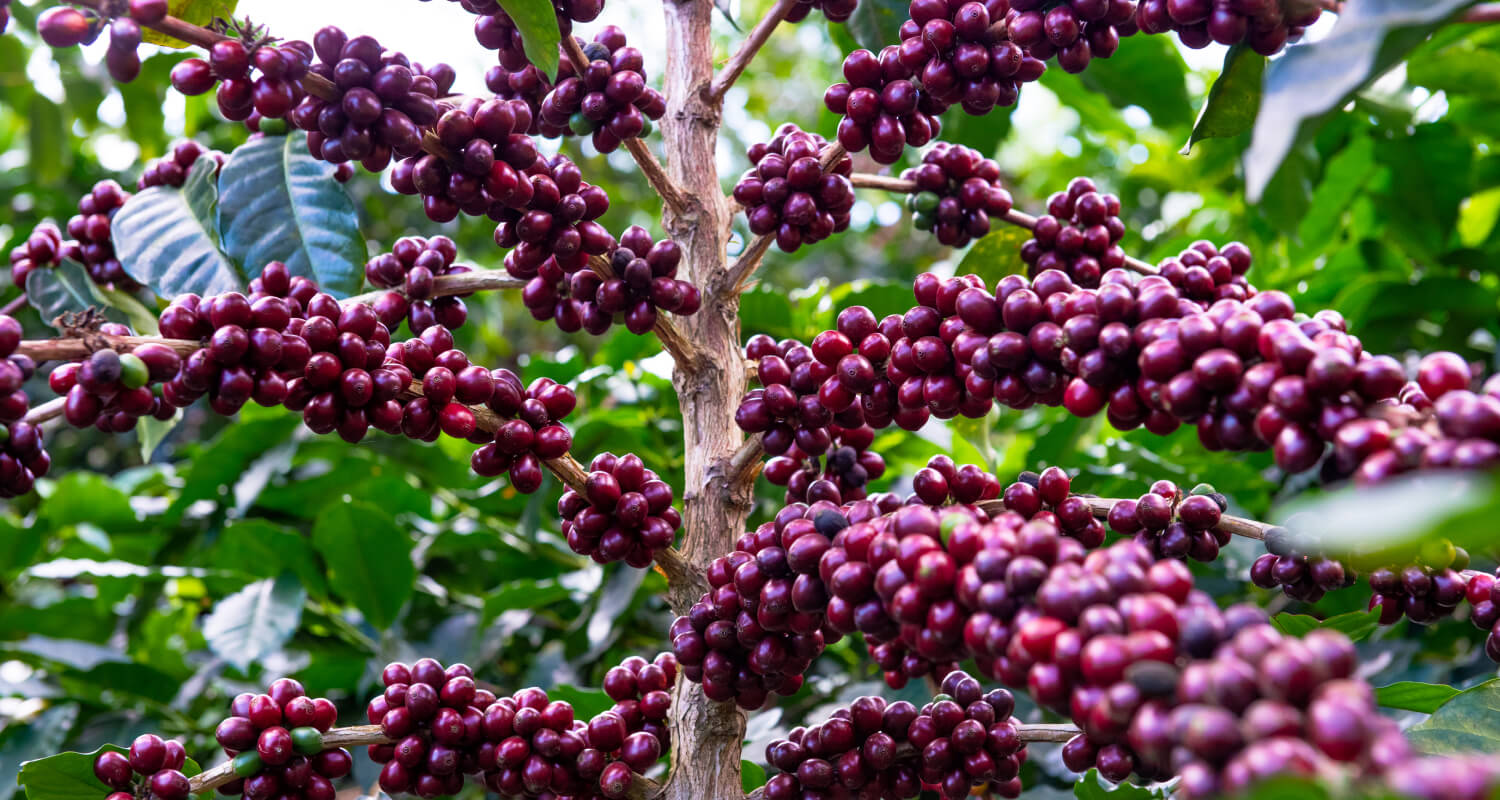 Curious about our work at origin? Our production cycle is a year-long effort, starting with a single coffee bean.
‍
Raw coffee beans are seeds, which take about twelve days to germinate and sprout roots and six months to develop into small plants. After six months developing within a polybag, young plants are replanted at the farm, where in two-three year’s time they will develop into fully mature plants capable of producing a full yield.
‍
In El Salvador, mature coffee trees are said to flower eight days after the first big rain. During this flowering period, the tree is pollinated and begins to develop new cherries, which will be ready to harvest seven to nine months later. Each plant will be manually picked three to five times over the course of the harvest season, which can last from October to March, depending on the time of flowering.

Here is an overview of our farm calendar:
Feel free to click any image to view the full resolution version.

‍January-February
Harvest is at its peak and seedlings are being prepared for the upcoming growing season. 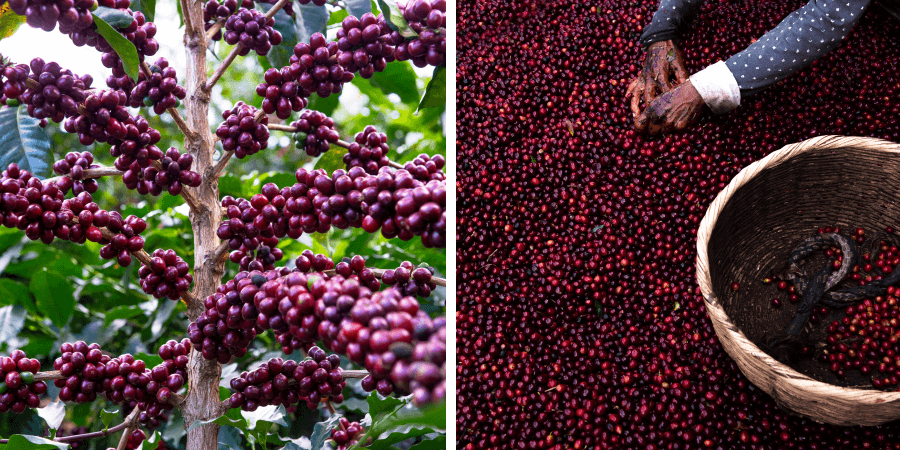 ‍March-April
This period marks the beginning of the growing season. Rain begins falling sporadically, trees begin  flowering and coffee cherries start to develop. At this time, most shade trees in the farm are being pruned, to allow more sunlight exposure for optimal development. 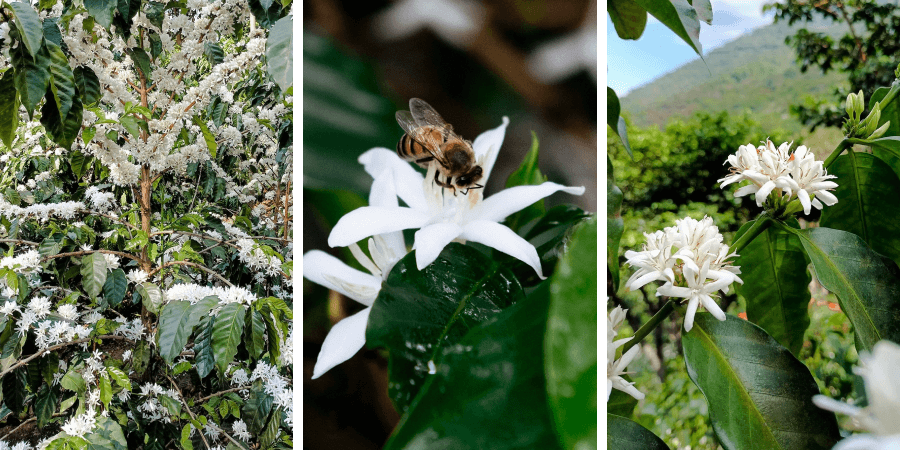 ‍May-June
During these months we mainly focus on farm maintenance: The first fertilization will take place, older coffee plants will be pruned or stumped, and new areas of the farm will be cleared to make room for new plants. 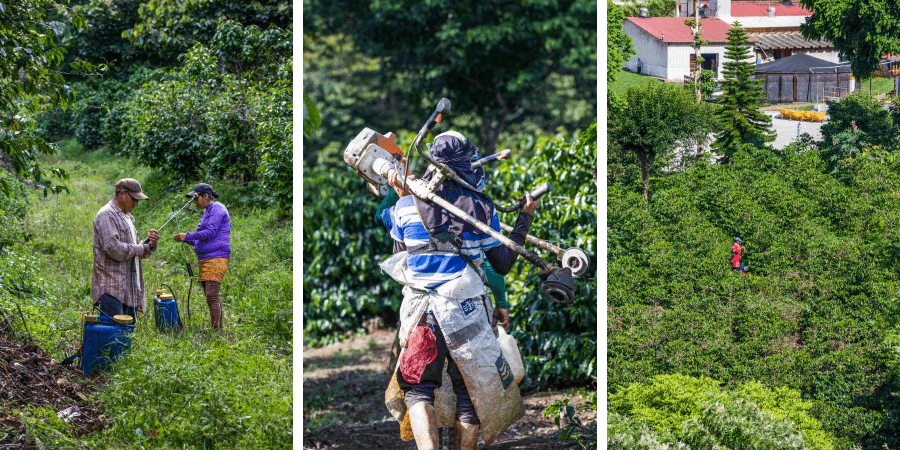 ‍July-August
The rainy season is at its peak during these months. During this time, the second fertilization is taking place and new plants are being planted at the farm. 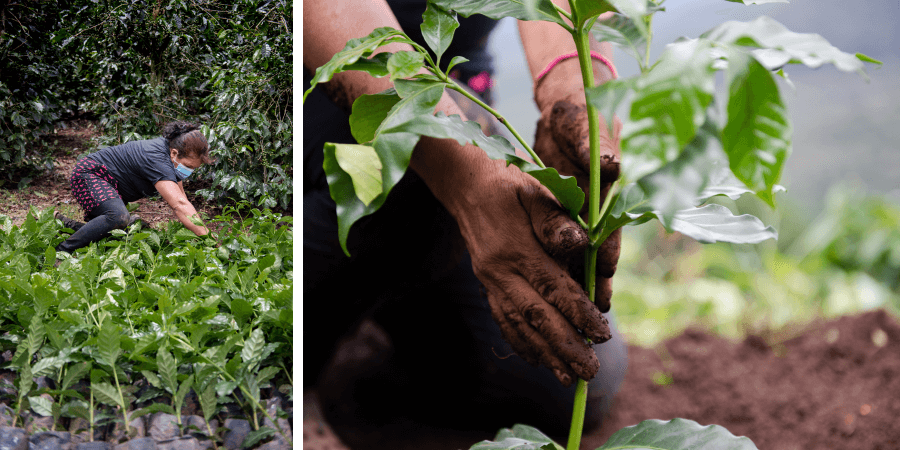 ‍September-October
The third and last fertilization will take place during these months. Coffee cherries are reaching their full size and begin the ripening phase of their development. 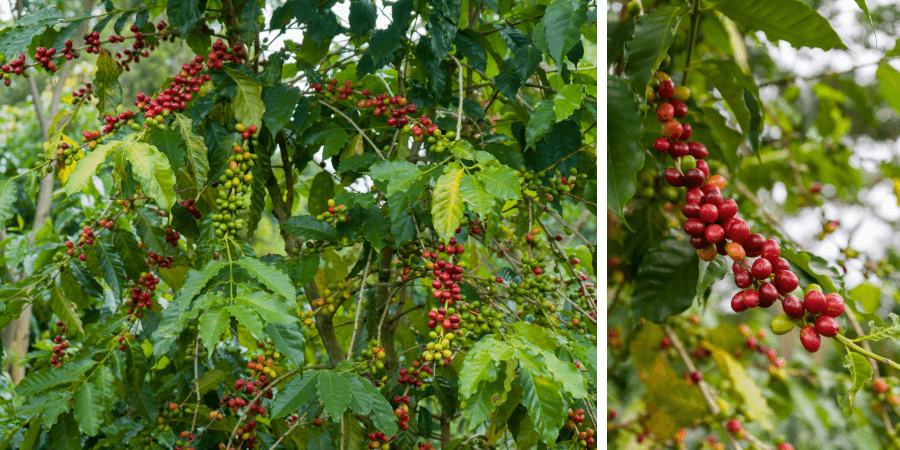 ‍November-December
The rainy season has ended, and summer has begun. Harvest season has officially started and will be reaching its peak by the last month of the year. 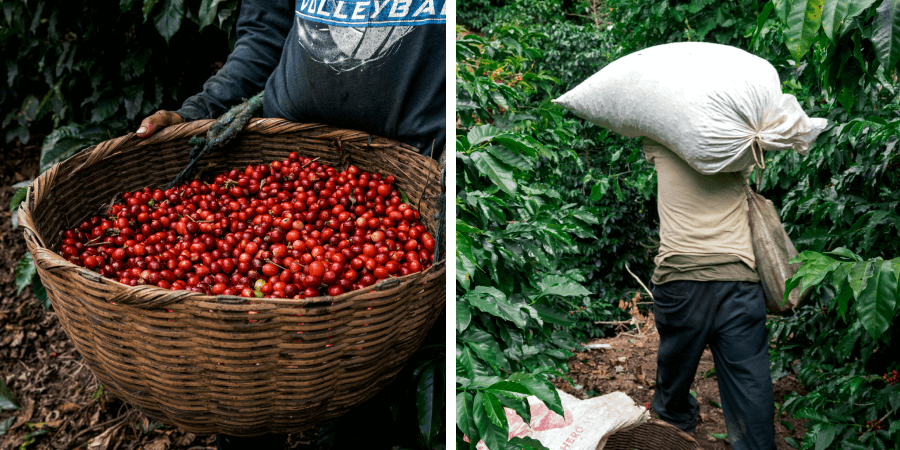